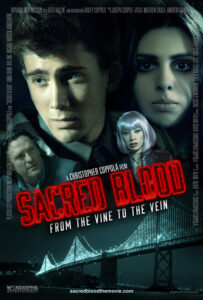 Synopsis: For Natia, firing bullets at her sister’s head and narrowly missing is all in a days work. After taking over the family business, her sharp shooting act is the only thing keeping the declining Orbeliani Circus afloat. When a stranger and his dog drifts into her home town of Batumi, Georgia from the Black Sea, peddling his own act, Natia wonders if a change of fortune is finally on the horizon. As the circus’s prospects begin to rise so do suspicions that the stranger is not who he seems. A fateful interaction forces changes upon Natia and she must leave her family to protect them from what she is becoming. Soon, she is traveling to a different city-by-the-bay, San Francisco, where confrontation and opportunity release a violent darkness rooting within her. Fighting against her loneliness and the rules of this new world, she is befriended by a troubled young artist with an innocent soul. Will this tenuous love lead her out of the darkness? Or, are they merely two halves of broken whole? 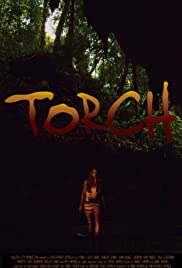 Synopsis: Clara grew up in the Belize jungles but was sent to live in San Francisco after a childhood trauma. Her older boyfriend, Gabriel encourages a trip back to her jungle home. Once arriving, the familiar faces and tropic environment fills Clara with hope for a brighter future. She’s soon reminded that the jungle has a dark side and begins to realize that Gabriel may have an even darker one himself. 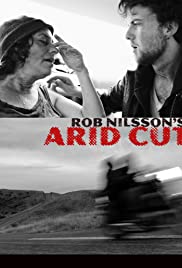 Synopsis: Sky-high housing costs, rents no one can pay, urban development, and street crime make life difficult for RV dwellers in Berkeley, California. City bureaucrats collaborate with real estate agents to gentrify neighborhoods forcing out already marginalized people living in cars, trucks, and RVs. With no more West to escape to, they contemplate turning back East. Sandy 1, the clan’s Mother Teresa, beset with seizures, her nephew Rail, a young poet and tap dancer, traveling with his girlfriend Mitra on a motorcycle, look for clues to Arid Cut, a place in the desert where Rail might find Bert Neville, the father he never met. Ziggy and Travis, builders and jacks of all trades, think they might have a clue as the building site they’re working is shut down by the city. Taylor is a rapper looking for gigs along the way with his eccentric agent, Wes and his stoner friend, Geoff. Lucille drives Uber and lives with her mother in a van. Herbie sells meth for Pinto, dealer and RV dweller, in order to keep his younger brother in school. Sandy 1 suddenly dies of a seizure and friends gather to mourn. In Sandy’s honor, and to help Rail, they agree to head East on a search for Arid Cut.

The Protector (In Development)

Logline: Tasked with helping a mysterious government scientist disappear, a protective service agent is betrayed by his client and must catch the man before he unleashes a deadly new fear toxin on the world.

Synopsis: Prescott is motivated by fear. Like the very rats he experimented on he’ll do anything to survive. He’ll change his name, his past, even his face, essentially killing off his old self entirely. He’s smart and driven and if he hadn’t hired Cavanaugh he may well have gotten away for good. But Cavanaugh’s smart and driven too, and with a little help from his smart and driven girlfriend, he’s able to follow the clues and the clues lead to Prescott’s dead wife. The revelation that Prescott’s wife died while he was whiling away his hours working on a bio-weapon for the government allows Cavanaugh to catch back up with him after seemingly losing him for good. But what initially feels like a big win turns out to be just the opposite. The near miss stokes the flames of Prescott’s fear and paranoia and forces his hand. He makes a deal with the Russians who’ve been after him for his toxin from the beginning. Only now the deal has changed. With all the leverage on the Russians side they demand that Prescott carry out their plan for them. So Prescott sets out for an anti-government protest a million strong in NYC’s Central Park where he’ll unleash his creation in the midst of a massive, heavily armed police presence. He’ll slip away in the bloody mayhem that ensues and in the aftermath the Russians will make public the weapon’s shocking origins; that it’s a product of the very government they were protesting against. The revelation will tear the country apart, handing Russia it’s biggest victory yet in their ongoing clandestine efforts to undermine the U.S. from within.

The secret weapon developed by the man Cavanaugh is assigned to protect multiplies the effects of fear, incapacitating its victims. A lot of people want Daniel Prescott’s secret, but Cavanaugh needs the antidote. When Prescott disappears after causing the death of the team charged with keeping him alive, Cavanaugh and his wife Jamie go after him in a high-speed chase that traps them between government agents and foreign operatives each racing to find the scientist.

Here is the The Protector Book Trilogy by David Morrell: